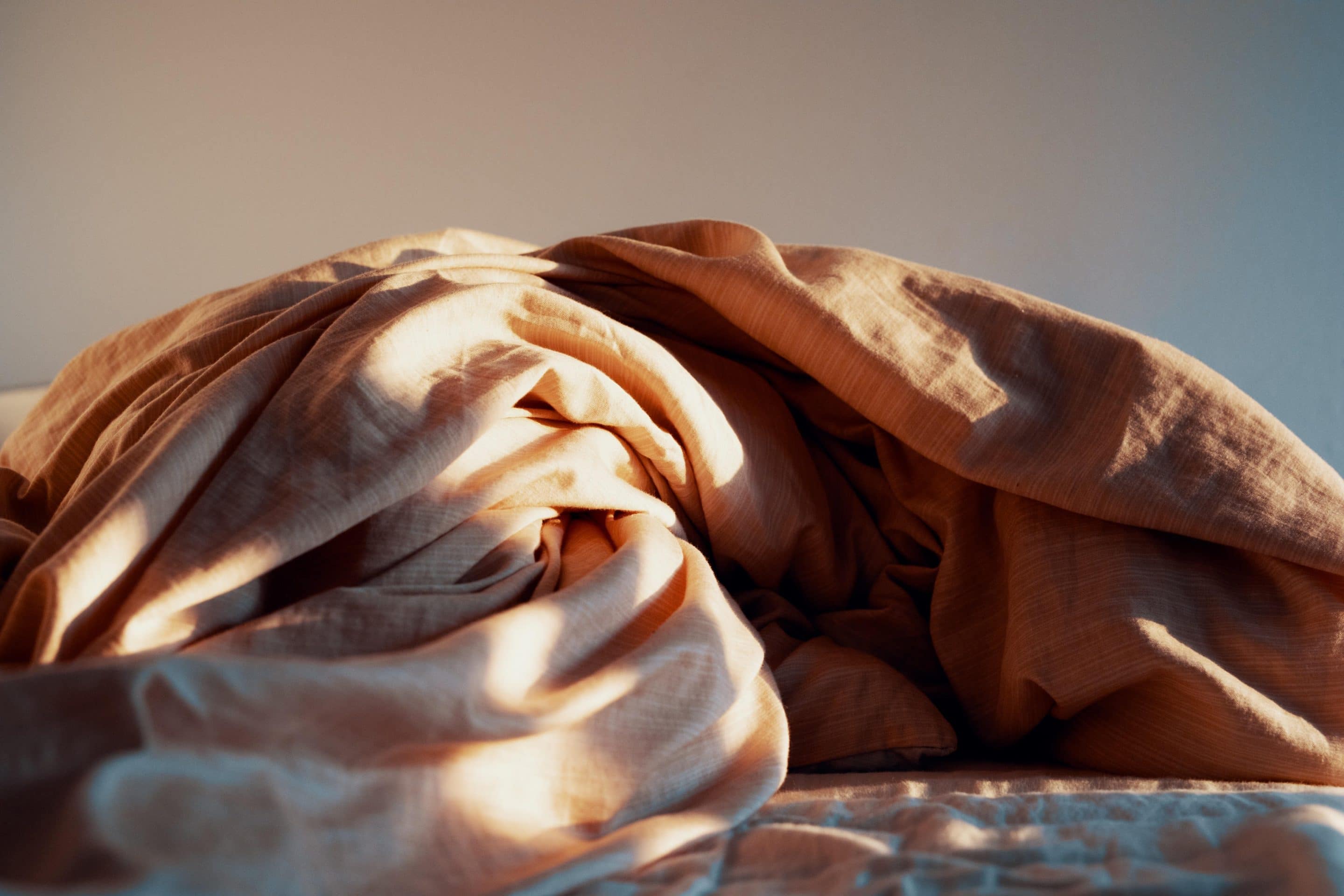 The start of last year was really tough. I was burnt out and so exhausted I couldn’t get out of bed.

I decided to take a writing course as a part of my recovery and one of the activities was to write about a person you admire and love deeply.

I sat down to write and this is the piece that came out. I stuck it in a draw and decided not to share it because it’s very personal.

But a few friends pushed me to share it because they had gone through the same thing.

It’s not your typical love story. It’s an everyday moment that captures how hard it is to see a loved one struggle.

Soft golden light moves up my cheek, the warmth drawing me from sleep. The morning breeze flowing through the open window rustles the blinds allowing the sun’s ray to penetrate the darkness. I pull the blanket over my head. I will sleep to return, and if it won’t, I’ll seek comfort in my blanket-cocoon. The world can’t find me here.

I hear the bedroom door handle release and the smell of coffee slips through. The creamy, chocolate aromas of the brew pierce my cocoon.

“Wakey, Wakey,” he announces to the twisted blankets as he comes to a standstill by the bed. When I don’t answer, he places the cup down firmly on the bedside table.

“Babe?” He lets the question hang in the musty air.

“Time to get up.” I imagine pulling the covers back and saying a cheery “morning” as I pat down my static, bed hair. But instead, I say nothing. I don’t move an inch.

I feel cool air on my toes as he peels back the covers at the base of the bed. His smooth fingers tickle the soles of my feet. When I don’t flinch his hands lock around my ankles, tight and hard. He gives my body a tug as if he’s weighing his options. Could he drag me out of bed if it came down to it? Satisfied that he could, he releases me and goes with his second option.

I clamp down my eyelids as he climbs under the covers and begins crawling his way up the bed. His warm breath prickles my neck as he settles in beside me. I remain in the foetal position, back facing him, resisting the urge to look. If I met his blue eyes and lingered on his face for too long I wouldn’t be able to pretend everything was OK, that I wasn’t hurting him. But if I was honest with myself, I’ve known for a while now that his restless demeanour, his words spoken through a clenched jaw, his hands balled into frustrated fists, were my doing.

He tucks the blankets back around us and I hear his breaths slow until they fall into sync with mine.

“I can’t see you like this anymore,” his words hang heavy in the space between his pillow and mine. “And it’s been weeks, like weeks, of…this.” I don’t know what to say, he’s right of course; it has been weeks.

“I.want.to.get.outofbedbutIcan’t.” The words tumble out, before picking up speed and tapering off in a sob.

“I’ll help you.” He flung off the covers, exposing me to the world. My hands scrambled to find the blankets and pull them back to me. But instead, they found his hands.

“Open your eyes, baby,” he says squeezing my hands.

“I can’t,” I sob. “Yes. You. Can.” Lifting me up off the bed like I weigh nothing he pulls me into his arms and guides my head into the nape of his neck.

Holding me there tightly, he whispers, “I love you.” I’ve been waiting to hear those words; afraid that I’d never hear them again but more afraid that once they were spoken they would signal my last chance. I’ve daydreamed that when the time came they would have the power to ignite the thing in me that’s burnt out.

“You’ll figure it out,” he says matter-of-factly as he plants a dry kiss on my cheek. He walks through the bedroom doorway without another glance my way.

I stand where he left me and wait for the familiar sounds of him leaving. The front door locking. The heavy echo of his footsteps across the tiles. Then I watch between the gap of the window and blind as he crosses the street and hops into the front seat of the car. He just sits there. Motionless. Eyes gazing out over the dashboard. Then, as if coming to life again 10-seconds later, he starts the engine and drives off down the street, one hand on the wheel as he wrestles to get his seat belt on with the other.

This piece was first published and is featured on Eureka Street.