Unconditional charity: Why it’s okay to give money to homeless people
1 Comments 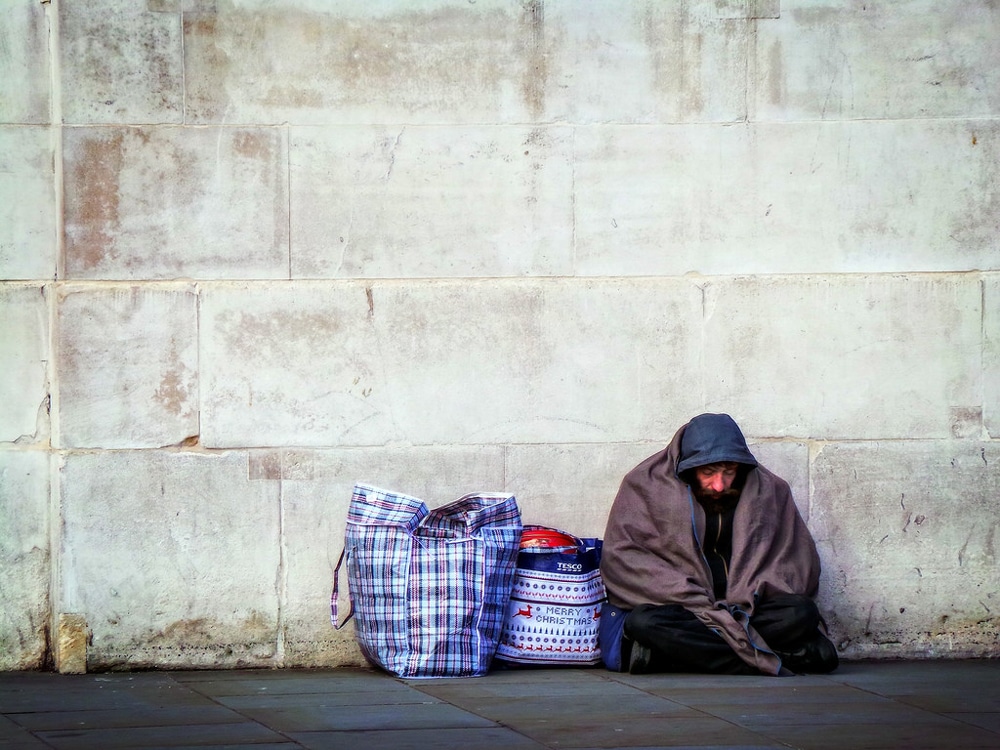 Australia prides itself on being a giving nation. But would you give unconditionally to a homeless person and be okay with not knowing what your money was spent on?

Would you give $5 to a homeless person and not care how they spend it?

“’I’ll give someone a sandwich but I won’t give them money because they will spend it on drugs,’” is a comment Donna Stolzenberg, founder and director of Melbourne Homeless Collective, hears often.

Stolzenberg believes that most Australians have been conditioned to believe that drugs and alcohol abuse cause homelessness but this statement couldn’t be further from the truth. Although statistics vary, she estimates that – on average— only one-in-10 homeless people face dire straits because of substance abuse issues.

“Have you ever given a family member money for their 21st and said go buy yourself something nice and they’ve bought their favourite bottle of wine or Scotch?” asks Stolzenberg. “Do you take it off them and say ‘I gave you that money you should have done something sensible with it?’”

Homeless people deserve the same respect, she says, but because some of us believe they have no control over their wellbeing we may also feel it’s our responsibility to take care of them. “We treat them like infants.”

It’s this sense of responsibility that drives many of us to make decisions on behalf of the homeless without any consideration for what the person we’re giving to needs. While we consider other peoples’ dietary requirements – nut allergies, diabetes and halal food – in normal social settings, when it comes to the homeless it’s uncommon to ask people without a permanent home what they actually need: instead, we just buy food and give it to them without thinking “can this person even eat pork?” she adds.

The belief that “beggars can’t be choosers” is still one of the underlying motivators driving Australia’s giving. “This saying has no place in our society. People going through a rough time can choose, which is why the Melbourne Period Project has six different period packs. There are many women who culturally can’t use tampons and transgender men prefer to choose products based on what they find comfortable.”

Do you only give to charities that carefully vet their recipients so you know they qualify for help? Former editor of The Big Issue, Alan Attwood, insists that Australians, by and large, are compassionate people who mean well. “The problem is, these days, there are too many claims on this compassion and people are unsure how best to give – or to whom.”

The conditions we have around giving to the homeless extend to the charities themselves, affecting how they can raise money. “It can be a positive thing to say, in effect, ‘here’s some assistance – and it’s up to you to make best use of it,’” says Attwood.

Yet, most Australians expect people experiencing homelessness to qualify for assistance and prefer they have little control over what type of assistance they receive, reducing them to passive recipients. “Who’s to judge who is ‘worthy’ and who isn’t?” he asks. “The best option is to give people who are struggling a chance to improve their own circumstances. This makes them feel better about achieving something.”

CEO of Council to Homeless Persons and Chair of Homelessness Australia, Jenny Smith, says while we like to believe we are a giving culture, in reality, we are more of a fair-go culture. Our human and health services are based on the British system but as we’ve adopted more of the United States model in recent years, our safety net has shrunk.

“We have this idea that we have a good safety net so we believe that people bring miseries upon themselves rather than focusing on the economic situation that is the driver,” says Smith.

Fundraising by not-for-profits and social services is needed to allow the sector to try new ideas and be innovative but it should always be the “extra bit on top,” says Smith. She also believes it’s the government’s responsibility to provide a social services safety net to catch people when times get rough.

“There will always be a need for compassionate and crisis responses, however, most of our responses as a community are at the crisis end. We seem to think of every solution to homelessness rather than the straightforward and difficult decisions we need to make about our housing market.”

Stolzenberg warns that if we continue to give to vulnerable members of our society with conditions attached, we may be in danger of preventing the people who need our help the most to access it.

“First, we’re dismissing the possible causes of homelessness – physical disability, mental health issues and house affordability – and then we’re expecting the person to put aside these causes to access help, which means were perpetuating that cycle of homelessness,” says Stolzenberg. “We’re the ones stopping them from getting out of it.”

This piece was written for and featured on SBS.