Why do some health issues get less funding than others?
1 Comments 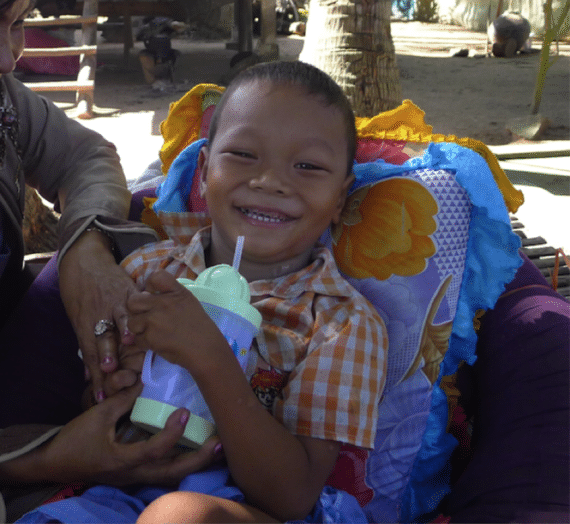 I didn’t know much about Speech Therapy before my good friend Weh Yeoh told me about his work with CABDICO, a local Cambodian non-profit organisation working with people with disabilities.

There is a huge need for Speech Therapy in Cambodia with over 600,000 people affected by some sort of communication or swallowing disorder. For those with communication disorders, participating in society is hard due to difficulties speaking. For those with swallowing disorders, they are sadly 13 times more likely to die at a young age as a result. Right now, Cambodia’s annual budget spent on HIV/AIDS is US $58,100,000, US $28, 853, 000 is spent on malaria, while US $45,000 is spent on Speech Therapy.

There is a clear need for Speech Therapy so why is it like this?

One of the reasons is that organisations’ ability to do good work is dependent on the funding it receives. And donors often want to support causes that are easy to market and have quick measurable and tangible solutions. This is one of the reasons why internationally recognised causes such as HIV/AIDS and malaria receive more attention and greater funding.

Currently Weh and CABDICO need funding to allow them to continue their work building a future for Speech Therapy in Cambodia. Their pilot program has successfully shown that Speech Therapy can work in a Cambodian context, using Cambodian language and Cambodian people, thus decreasing their reliance on outside expertise and aid.

I’ve always been passionate about highlighting issues within the disability sector.

Growing up I volunteered at two schools for students with disabilities in Tasmania. My mother and two of my cousins worked at these schools as Teacher’s Aids. At the time, the Tasmanian Government had initiated a program to try to integrate some of the students into the mainstream schooling system. One a week a young girl named Alissa would come and spend the afternoon in my class. She spent most of the time in her wheel chair and she communicated with difficulty through grunts and upper body movements. One of my classmates refused to work with her because she dribbled. I was so mad. I remember thinking I was glad she couldn’t understand the children were laughing at her. I wanted to help but I didn’t know how. So I just sat with her.

When I heard about CABDICO’s situation I offered to help any way I could.

It wasn’t until I read Weh’s article on the Huffington Post about Speech Therapy that I realised the extent of the need in Cambodia and how important CABDICO’s program is to successfully addressing this need. While this isn’t my area of expertise, I still want to help the best way I can.

I’ve been thinking for days how if only we could reach more people, tell them the need, show them the success of the program, that we might be able to raise enough funds so that CABDICO can continue their work.

However, it’s tough because there is nothing ‘sexy’ about communication and swallowing disorders.

Stories of Speech Therapy don’t market as well as breast cancer, especially in developed countries. It’s hard for people to understand disability – especially Speech Therapy – because we don’t see it every day and we aren’t told it’s even a problem.

I think in some cases it can also be hard to gain emotive stories and reflections from those personally affected by communication and swallowing disorders. As a result others speak on their behalf, which compared to stories told by say breast cancer survivors isn’t as powerful.

Communication and swallowing disorders aren’t normally caused by disease either. They are often a symptom of other health issues such as cerebral palsy. And because there isn’t one clear cause or victim it is hard to sell the issue as one ‘evil’ that we should all band around and conquer, like we do with cancer.

I wish there was some extraordinary new way to market Speech Therapy so it could have the attention it deserves but to be honest I can’t think of any. In reality it comes down to people being aware of the issue and feeling passionate enough to take it upon themselves to fill the fundraising gap. And in doing so change the lives of those affected by communication and swallowing disorders.

So what can you do?

I’m asking you the reader, to let others know about the importance of Speech Therapy. I believe that through your help we will be able to find the funding CABDICO needs so they can continue the progress they’ve already made.

If you have any questions, want to find out more, or are keen to help please contact Weh at: weh@whydev.org

Featured image is of Meas Mai who has a swallowing disorder as a result of cerebral palsy. Photo by Weh Yeoh.