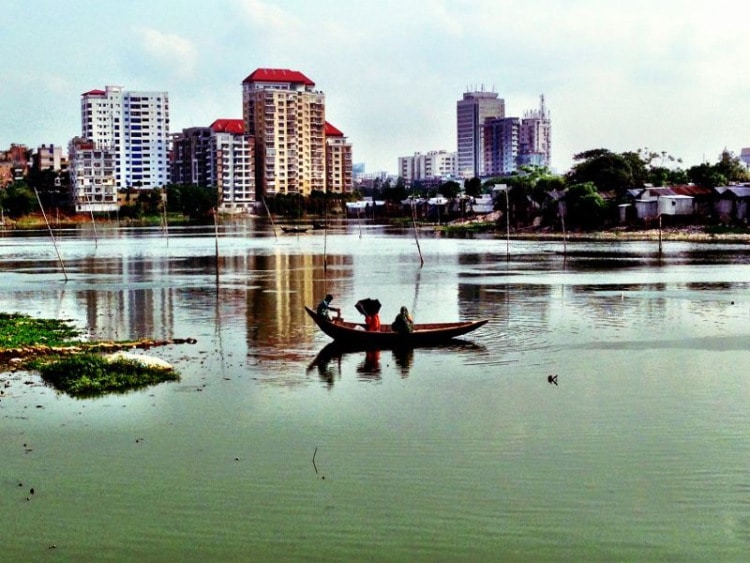 I’ve been in Dhaka for one month. Some days it feels like I only just arrived and other days not so much. Friends and family back home have been asking me to describe what Bangladesh is like and I’ve been finding it hard. A term I’ve been using a lot is same same but different.  It is a line I borrowed from the shop keepers in Thailand – which is where I first heard it being used. I know it’s a term generally used to convince holiday shoppers to buy another beer branded t-shirt but I think it sums up nicely how I adjust to a new city.

There’s a limit to how much you can read, the questions you can ask and mental preparation you can undertake before you need to experience the place for yourself.

In the first few weeks of arriving in a city I often find myself comparing it to my past travels and this process acts as my initial guide.  Not too long after I realise I need to forget most of my assumptions because once you get past the introduction most cities are more different than they are same same.

For me, Dhaka is a city of extremes.

I’m either thinking wow I love this place or how quickly I could pack up my things and be on flight home to Australia. My initial thought of Dhaka’s traffic – which it’s famous for – was that it’s similar to Mumbai where every time you decide to travel it’s like you’re playing dodgem cars, although a much more serious and dangerous version. But I was surprised one day when I saw what looked like one of London’s famous red double decker buses. I asked around and it turns out England donated some of their old buses to Bangladesh. Now every time I see one it reminds me of the few years I spent in England. Transport is an interesting here because people still managed to get around despite all the known issues.

Dhaka city is surrounded by lakes. People use boats to get around
Photo by Sonya Steffen

I expected a city with dust and dirt swirling at my feet and little greenery. While I do get covered by grime daily, I discovered Bangladeshi people love parks; many of which have been created specifically for exercise and relaxation. The parks are also used by couples as a romantic spot to sit, hold hands and whisper to each other. I was told traditionally the opposite sex shouldn’t be affectionate with each other in public but it appears the younger generation are deciding their own rules for love and relationships; under the protection of trees. Bangladesh’s relationship with the environment in some areas is very progressive. It was the first country to ban plastic bags on a national scale and I have yet to see one being used.

While Bangladesh falls short in some areas it is strides ahead in others.

Internet access is one example of this. Who would have thought Wi-Fi would be available in nearly every café and restaurant in Dhaka and it would be free! It’s certainly not the case in Australia. It comes in very handy when the country’s movement is restricted by hartals so going to the office isn’t an option. Dhaka is also a city of mobile phones. Everyone seems to have one, from the rickshaw drivers to business women. And for the most part life seems to carry on despite hartals, traffic, or the weather thanks to the internet.

Now that I’m living in Dhaka I find it hard to understand why I haven’t heard more about this amazing country.

While it often gets compared to India – and for good reason- Bangladesh in many ways isn’t anything like its neighbor. It’s like nowhere I have ever been before. The country is young and hasn’t decided who it wants to be yet, which is why it’s so different.