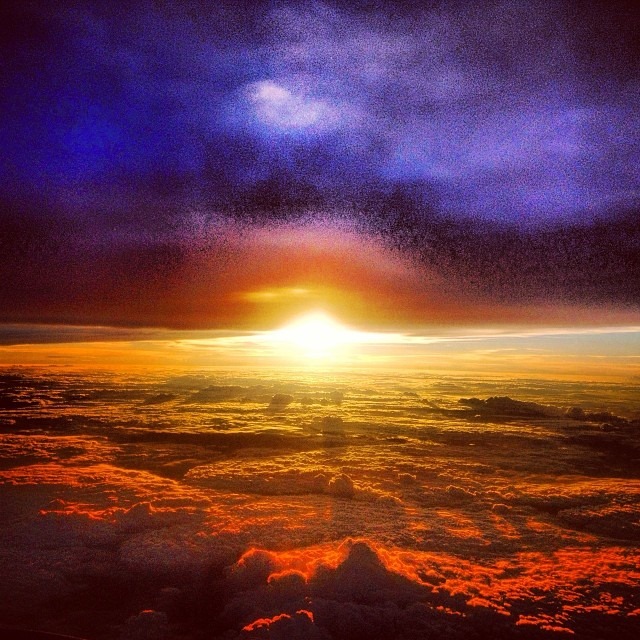 If you had asked me a few years ago about my opinion on long distance relationships I would have told you I couldn’t imagine myself ever being in one and such a move would only damage the relationship not improve it.

But in less than a month I will find myself in a long distance relationship and my opinion of them has changed. I could never see myself in one because I had this romantic notion that I would meet my partner and he’d be just like me, with the same dreams and ambitions – desperate to explore and eager to live overseas. And if one of us got our perfect job opportunity in some far off place, then the other would make the sacrifice and move with.  Oh how naïve I was. I blame it on Hollywood movies. In the past I saw couples and close friends throw the term ‘long distance’ around loosely often with clauses like ‘kiss but don’t tell’ and sadly I watched  as the majority of the relationships ended in tears and bitter arguments. It wasn’t until I found myself about to be in a long distant relationship that I realised how wrong my opinion of them had been.

This is not the first time my partner and I will be separated.

Nearly four years ago I moved to the United Kingdom and left him behind in Australia but at this time we were best friends not a couple.  We did lose contact for a short period but for the most part we managed to keep our relationship going despite varying time zones, being literally on the other side of the world from each other and enjoying different lifestyles.

When I decided to take a job in Bangladesh my partner and I discussed me moving but it wasn’t nearly as dramatic or upsetting as I thought it would be. In fact you could say we breezed over it. There were no talks of break ups or seeing other people or even that he’d move with me. It’s only a year we said. Our friends and family have actually brought it up more than we have and some have asked me how I could leave him or why he isn’t willing to go with me. In no way do we feel like we are abandoning the other for staying or going, although sometimes I feel pressure from others to feel this way.

While I realise how hard it’s going to be, I’m trying to see it as a positive experience for both of us.

Explaining that the time apart will and be good for our relationship is hard. I find myself saying ‘yes, a part of me wants him in Bangladesh but this is my dream and I want to do it on my own’. Like I said it was naïve of me to believe that my partner would want the exact same things, and in fact he wants the opposite in many ways! This year will give us a chance to work on our own dreams, grow and be a little selfish. I don’t see there is anything wrong with that.

I understand I’m taking a risk. Distance does put a strain on a relationship but I think not taking this year apart for fear we won’t make it is risker.  People who have been through it have said regular communication is the really important and being apart can actually strengthen communication between the couple. Luckily my partner and I have a good track record so far. We are one of those couples that send each other random text messages daily like ‘you wouldn’t believe what just happened’ or pictures titled ‘this made me think of you.’ I believe it’s the mundane, random and fleeting moment kind of stuff that binds a relationship together. Sharing the highlights of one’s day or week I think can be easier and less personal then the little things because you tend to recap events – well I do – as opposed to talking about how you feel. I don’t know how many times I’ve been happy or really upset about an event and have thought about contacting someone but haven’t, and when asked about it a week later I brush it aside like it was no big deal when it totally was. This is why I am going to make sure I take the time to share the little things with my partner so he can be a part of what I’m going through in Dhaka and stop me from trying to handle everything on my own. I know that if we work at it we can still be a big part of each others lives.

Everyone asks me what I’m going to miss the most and I won’t lie- it will be the hugs.

Sometimes words just aren’t enough.  Of course there are plenty of other things I’ll miss too, like having him make me cups of tea when I’m too lazy to get off the couch, or the random late night trips to 7/11 because we just saw an ad on TV for ice-cream and now we want to try it. We took the advice of others and have booked a holiday together in December so we have something to look forward too. But that means it will be six months from when I leave to our first meet up which doesn’t sound that long in theory but on a day-by-day basis it may feel like forever away.

I know long distance relationships aren’t the answer for every couple because every person and situation is different. But entering in one has made me realise that it doesn’t have to be a test to see how much the person loves and needs you. In fact it can be a decision made by both parties in order to strengthen the relationship. I hope that I can write again in a year’s time and say we made it! But in the meantime we will concentrate on getting through each day. Today we are both a mixture of excited and sad.  And I’m sure we will feel many more emotions in between over the next year.

Have you been in a long distance relationship or know of someone who has? I’d love to hear any advice or tips on how they made it work.