Indian citizens say rapists should be chemically castrated or hanged but will fear and violent punishments change the way society views women?
6 Comments 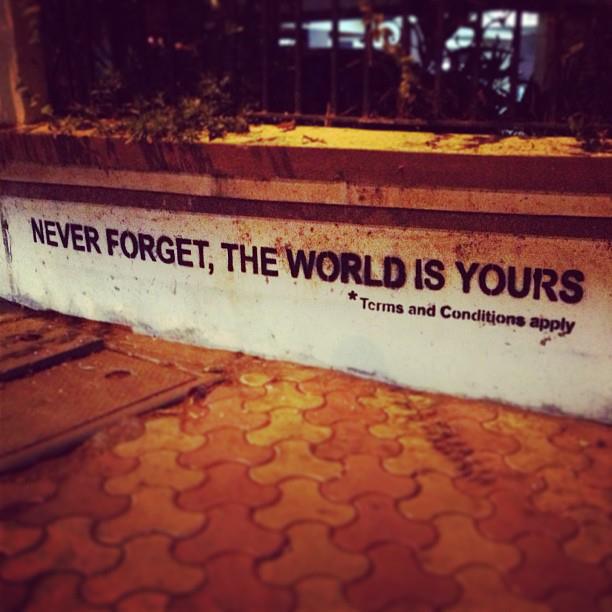 I just returned from two weeks in India where I spent my evenings in front of the TV watching the nation’s capital New Delhi take to the streets to advocate for gender equality and increased personal safety. The nation was appalled after a 23 year old medical student was gang raped and brutally beaten – her male friend who was with her was also severely beaten – by six men on a private bus on the 16th of December. Both victims were traveling home together after going to the cinema when they were attacked. The bus’s tinted windows and curtains kept the attack hidden as the bus sped through New Deli’s busy streets and reportedly even passed parked police cars and officers. She was then left on the side of the road to die.

New Delhi- the rape capital of India– has had over 600 reported rape cases this year alone and a recent study states that one in three women feels unsafe using the city public transport and 92 percent of working women reported feeling unsafe after sundown.

So what was different about this case?

The oft-used defences of sexual assault couldn’t be applied- she wasn’t drunk or supposedly wearing proactive clothing and she was accompanied by a male friend on a private bus and therefore couldn’t be accused of leaving herself alone and vulnerable. This case was one that could happen to anyone’s daughter, sister or friend. And the people have had enough. They want justice.

As the story unfolded I felt mixed emotions. I was angry that this kind of brutality and these types of sexual assaults were still occurring but I also realised how lucky I am as a woman living in Australia. On a daily basis I don’t feel I’m treated any differently to my male friends. I exercise the same rights, have access to the same resources and am able to speak my mind.  I felt like I should be doing something not just sitting on my arse drinking chai and shaking my head at the TV. So I turned to my friend, born in India, and said ‘what can we do?’ He replied, ‘hang or castrate the perpetrators’. His argument was that the lack of punishment or any deterrent is the reason people continue to rape. While I understood where he was coming from but the concept of using violence to deter violence did not sit well with me at all.

I argued that such an extreme response wouldn’t change the origins of the inequality.

India, just like many other societies, places preference on sons.  And it is this widespread belief in male privilege and entitlement that erodes the possibility of respect and equality for women.  Fear of having one’s penis chopped off may reduce the number of gang rapes but the lack of respect for women will continue and more than likely manifest itself in other crimes.

My friend heard my argument through and while he agreed that education and changing norms and customs was a part of the solution, he insisted that nothing would change unless you spread fear of severe prosecution. He argued that after the media hype died down, everyone would forget this crime and continue as normal. This view seemed to be wide spread. Everyone I spoke too, young and old, male and female shared my friend’s opinion.

I was shocked by this. ‘It’s not like Australia’ they said.

The Indian media is calling the case a ‘political one’ as some politicians have rape and assault charges against them. These men have remained in power, without conviction.

There are an enormous number of social issues surrounding the reportage of rape and sexual assault in India. Victims are often deterred from even pressing charges because they are blamed and the legal system is so slow it can take years for a verdict. Most of the perpetrators walk away free or with small fines. Why would you prolong your suffering and undergo further public scrutiny if you knew the chances of punishment were miniscule? Many of the victims also find themselves on the outskirts of society after the attack with minimal marriage or job prospects. They are guilted, shamed, and treated as damaged goods.

Students during the protests said they would take justice into their own hands if the government failed to keep its promise to make New Delhi’s streets safe. Women and men said they were going to start carrying pepper spray and even guns. They told reporters they refused to continue to see themselves as victims. The thousands of men (yes men!) and women who have been protesting outside parliament-despite risking injury from tear gas, water hoses or guns- shows that this is as much a human rights issue as it is a gender inequality one.

While I can empathise with the despair, frustration and anger of India’s citizens, a part of me feels that violent punishments won’t cure the nation’s gender inequality or reduce crime.

Instead, I believe a multi-pronged approach needs to be taken. This approach needs to tackle the weakened and corrupted political and legal system, as well as addressing the social endorsement of male aggression and the outdated patriarchal social system that places higher value on males while punishing the victim instead of the violator.

I hope the 23 year old student and her friend find peace, and that the protests in New Delhi aren’t brushed off as activism nonsense but instead seen as a sign that India is changing. No longer will its people tolerate corruption, inequality and human rights violations.

Featured image is of graffiti in Mumbai, India. Photo by Rachel Kurzyp.