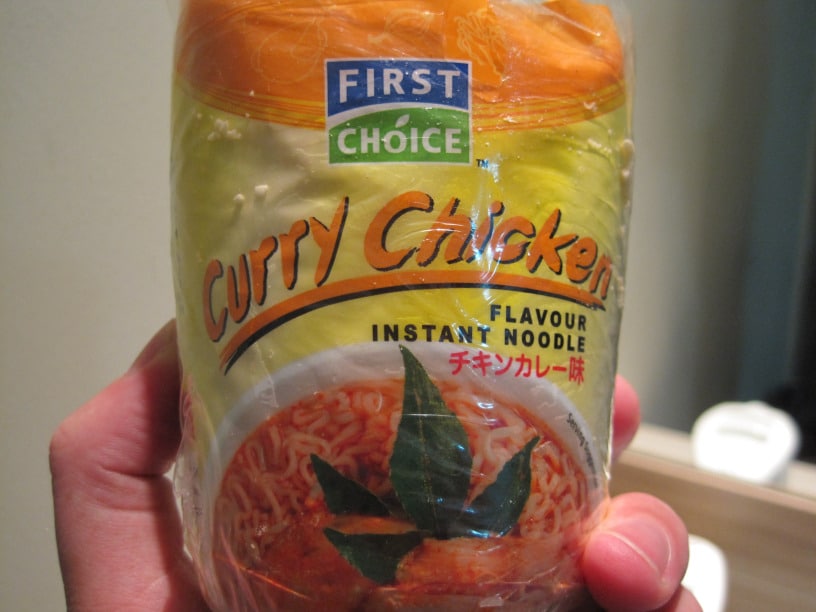 I can’t get enough of traveling. I love the adventure and the thrill of the unknown. Traveling can be fun but it can also challenge you. There have been numerous occasions when I’ve been caught in unpleasant situations, despite my best efforts. I’m off to India next week and as I’ve never been, I was interested in hearing tips from others to avoid running into trouble. I got some great advice which I wanted to share, along with some of my favourites.

This is meant to be a fried egg. It came out swimming in oil. The weirdest meal I was served in Asia.

If you have any great tips of your own please add them to the comments. It would be great to create a list that others can refer to before they set off.

Email important documents to yourself and friends

This one is kind of a no brainer but we often forget to let our friends and family know where we are going. Send your hotel bookings and flight details to yourself and others so if anything goes wrong they know where you are or at least know where to start looking. It’s also good to send a copy of your passport too just in case you lose it, it gets stolen or ruined. It will make it easier when you’re at the embassy trying to explain who you are and where you’re from. It’s always good to carry hard-copies with you too just don’t leave them lying around or in your checked in luggage. Why not register your travel plans on your government’s website? You can register here if you’re a fellow Australian.

It’s a good idea to keep this letter with your important documents in case you get questioned about your medication. I suffer from migraines so I always carry my medication with me. Every country has different laws on pharmaceuticals so it’s good to be prepared with an explanation of what your medications are and why you are taking them. The letter will also come in handy if you get ill and are asked what medications you are taking by a foreign doctor who won’t know your previous medical history. Having the letter from your doctor just makes these situations a little easier.

I love this one. Not sure where I originally heard it. It came in very handy during Songkran (A water festival in Thailand). I was trying to dodge water balloons at all costs. I wasn’t successful. But luckily my passport and phone were in a plastic bag and they didn’t suffer any damage! The plastic bag is also great for preventing sand and dirt from getting in your iPod and other electronic goods. The plastic bag even saved my phone for a second time when I was wearing baggy pants and it fell out into a pool of water while I was attempting to use a squat toilet.

Well that made it easier. I’m heading to the area of eating and drinking.

Tie all electronic cords up with rubber bands

I hate having to spend five minutes trying to unknot my electrical cords before I can use them. To stop all your cords getting twisted wrap them up then tie a rubber band around them. I even used rubber bands to stop my necklaces from getting twisted. If you’re super OCD like I am you can even put the cords in a plastic bag, which I found made it easier to pack them around my clothes.

You never know how your stomach will handle new exotic foods and drinks. The best ways to avoid getting sick are to not drink the water or have ice in your drinks and don’t eat salad or fruits that you can’t peal yourself. But sometimes your unlucky and get sick anyway. Gastro and constipation tablets and electrolytes are your best friend.  There have been a few times when I’ve been stuck on a 20 hour bus ride with no toilets in sight. I don’t know what I would have done without these tablets. On more occasions I found myself suffering sunstroke and dehydration. The electrolyte sachets did wonders for me! Take the tablets sparingly and if your symptoms persist go see a doctor. You can pick up travel kits along with malaria tablets and vaccinations from your travel doctor. Remember some vaccinations may require multiple shots so leave enough time before you set off.

My bus in Vietnam before it caught on fire.

If you’re anything like me you will get bitten by every creature possible. Oh and you will be really allergic to the bite and come out in rashes. On my travels I have been bitten by bed bugs, stung by a poisonous jelly fish and covered in a pimply rash by an unknown specimen. And Mosquito bites leave lumps the size of 10 cent pieces on me. Anti-histamine tablets and creams helped cool the infected area and stopped it from getting infected. I call it my dream cream. If you are ever bitten by bedbugs take a long hot shower it stops the itch and weirdly enough my jelly fish sting stop hurting when I placed my arm in sea water.

To avoid the stress and swarm of people at bus depots, train stations and airports have in your head the address of where you’re headed or at least the area. If you have direction you are less likely to get asked about hotel offers and Tuk Tuk rides etc. What I found worked was walking a couple of minutes away from the drop off point and getting my bearings. Often Tuk Tuk’s are cheaper down the road and you have more opportunity to haggle the price and route to the hotel. I found Lonely Planet books were great for this because they provide a map of the area and give you some accommodation suggestions.

This cup of curried chicken noodles lasted my entire three month trip around South-East Asia. It was my last resort meal.

Sometimes travel takes longer than expected, especially in Asia and Africa. Just because you get told you were be at your destination by lunch time doesn’t mean you will be. One day my bus in Vietnam caught on fire and I had to use my last bottle of water to put the fire out. When then had to sit in 40 degree heat in the jungle until a new bus came. I’ve never been so thirsty in my life. That’s why it is always good to carry snacks and extra water. Biscuits and chips are great because they don’t go off in the heat and if you don’t eat them that day you can keep them in your bag for later. Try to avoid chocolate and soft fruit as this can melt and squish through your belongings. It isn’t fun pulling out your last pair of clean underwear to find it’s covered in chocolate.